Friedrich Wilhelm (Fritz) Brandtner was born in 1896 in Danzig. In 1915, he was taken by the German army and put on the Western Front of WW1. From 1916 to 1920, he was taken prisoner and placed in a French prisoner of war camp. After the war he returned to Germany, before packing up and moving to Winnipeg in 1926. Finding work was no easy feat, so he took a job painting houses to get by. Eventually he was able to secure a job with a photoengraving firm as a commercial artist, designer, and letterer, while doing murals and stage sets for local firms and societies. In 1934, Brandtner moved to Montreal where he focused on teaching art at children’s hospitals and marginalized communities that were not given the same opportunities or resources.

“Factory Workers” would be a sketch for “Marteau Compresseur”, which is in the Musee National des Beaux-Arts du Quebec collection. Brandtner produced a number of war industry drawings on location at the Canadian Vickers plant, located in Montreal, during 1943, including 20 pieces in an exhibition with fellow artist, Louis Muhlstock. Walter Abell reviewing this exhibition described Bradntner’s work in these words:

“Concerned with the industrial scene as a whole, rather than individual details, this artist shows us groups of workmen surrounded by the planes and ships they were constructing. Vigorous contrasts of black and white, in some cases bright colours, provide an impact appropriate to an individual theme… but the key to Brandtner’s success in the best examples is the underlying structure of their semi-abstract design.” 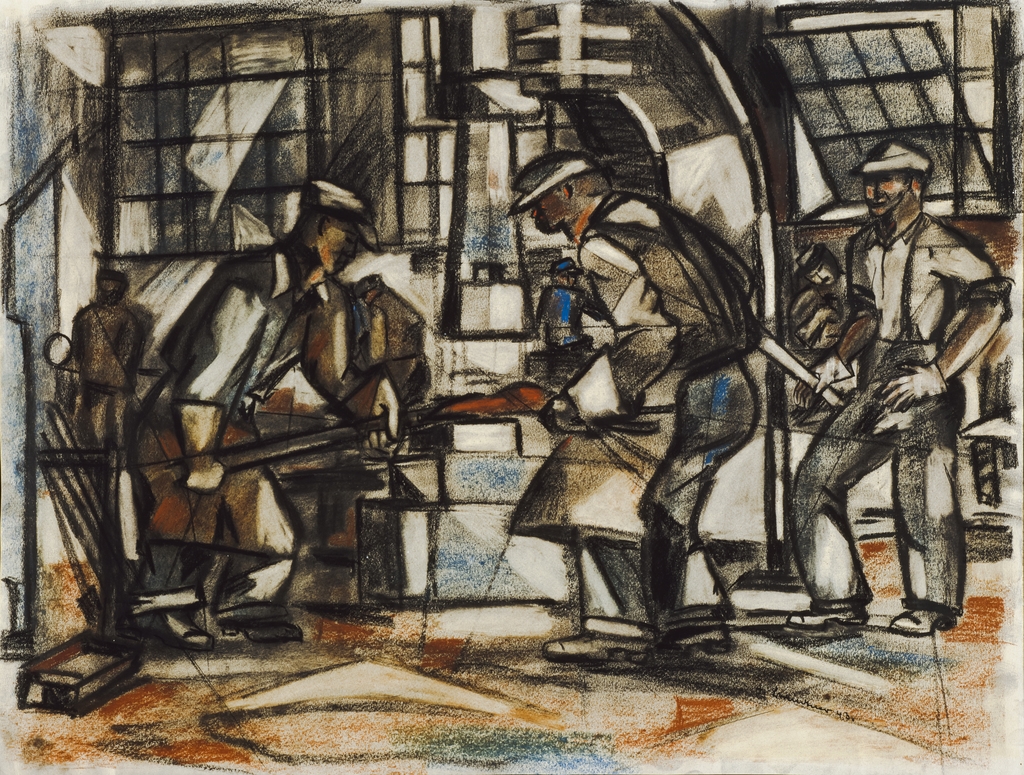